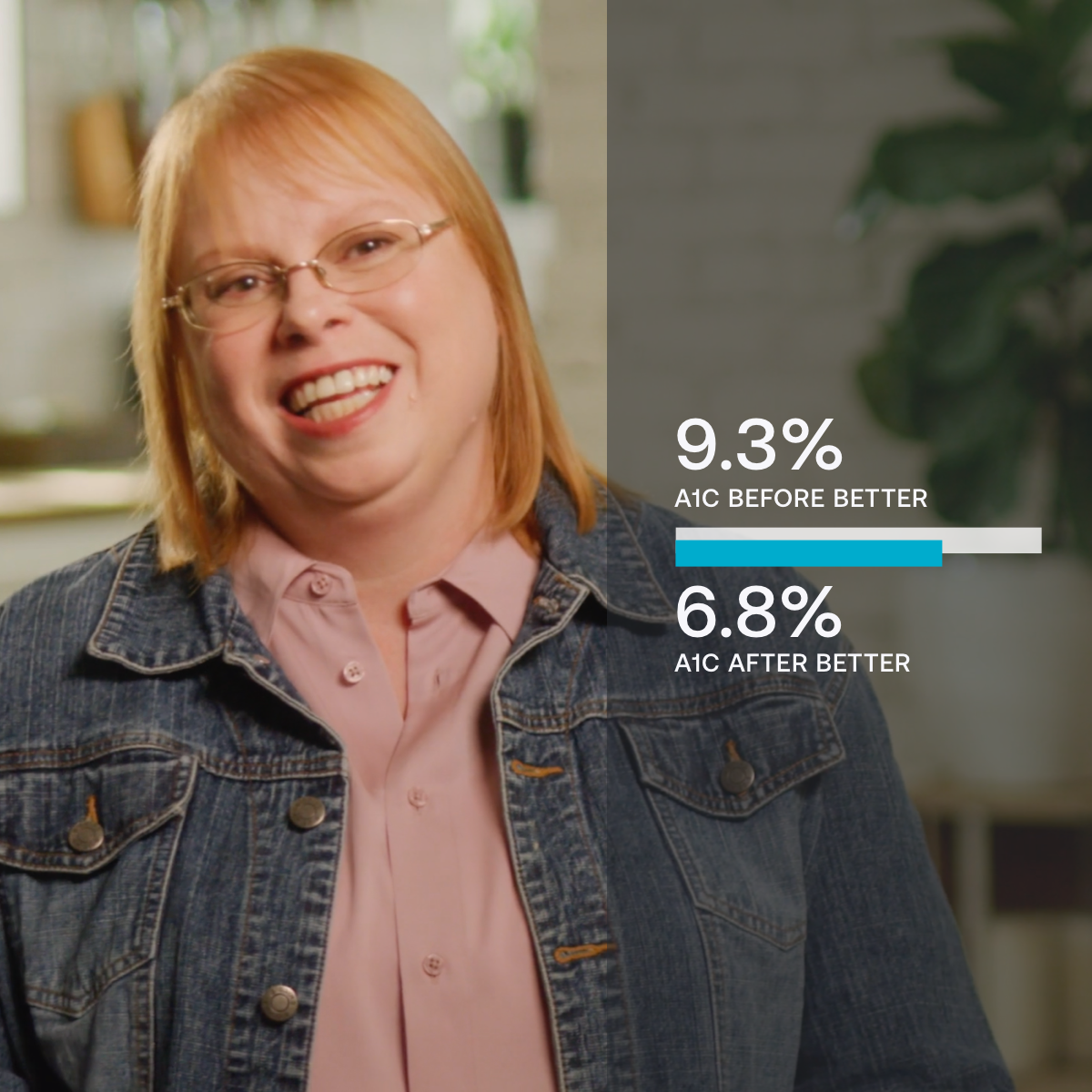 In 2017, Kathy was diagnosed with type 2 diabetes, high blood pressure and high cholesterol. She knew many people with complications of these diseases, so when she received the diagnoses, it felt like a death sentence. Although she had difficulty prioritizing herself in the past, she recognized that in order to take care of her kids and family she first had to take care of herself. She started to exercise and thought she was eating right, but her numbers just kept getting worse. She tried a variety of dietary approaches, but didn’t find anything that was practical or sustainable. She was frustrated because she received little guidance, support or resources from her healthcare provider about the lifestyle changes that would help. In addition, she was having very unpleasant side effects from her medications and knew she needed to find another option to improve her health. She enrolled in Better in March, 2019 to learn more about how to manage her conditions. With a better understanding of her condition, she believed she could prioritize herself and make changes to improve her health.

"I didn’t want to feel like a prisoner within my own life. I want to enjoy life and feel like I have control."

- Kathy no longer takes medication for blood pressure. - She has more energy and is active on a daily basis. - Her LDL is below 100 without medication. - Her generalized aches and pains resolved, she’s sleeping better, and her memory has improved. 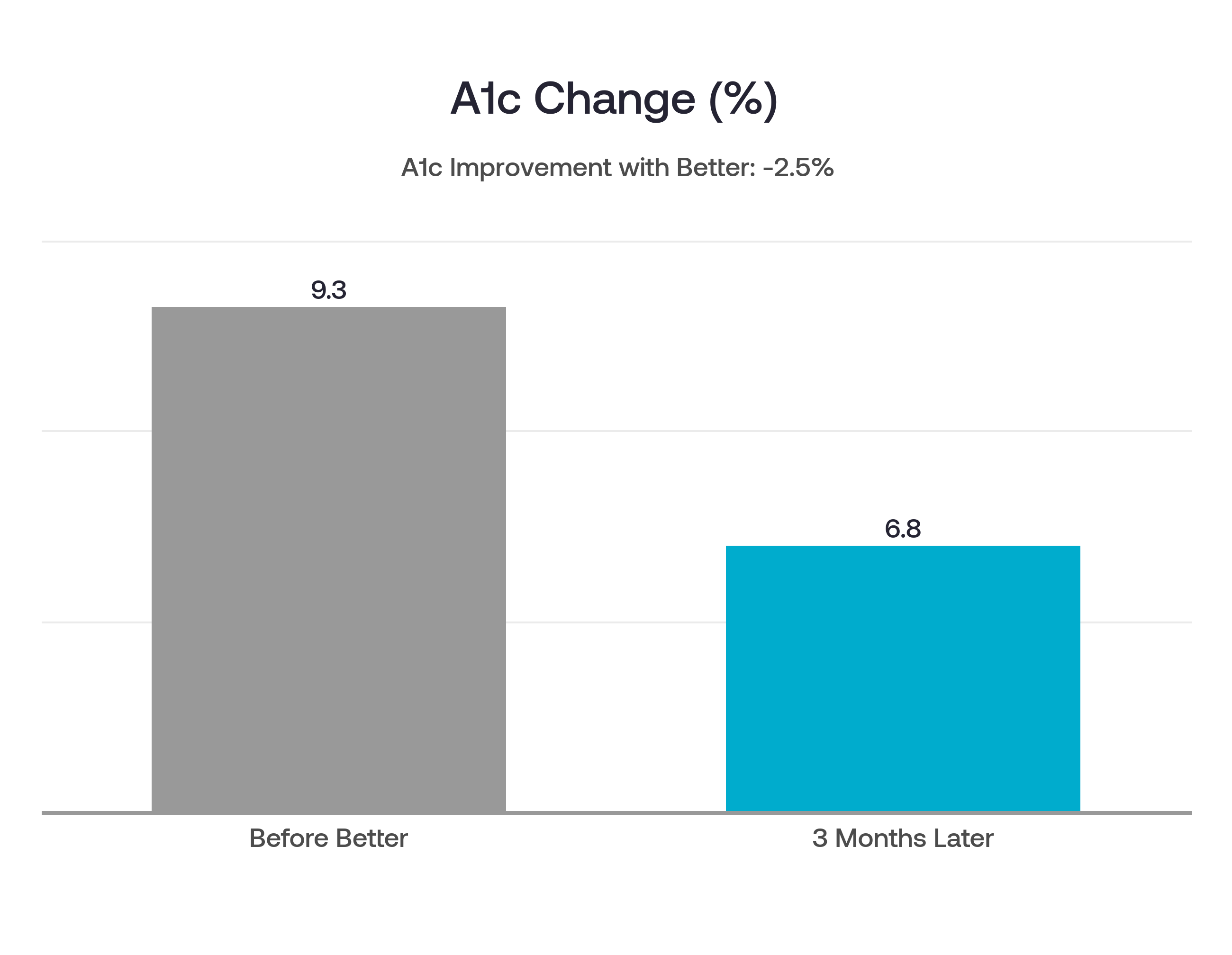 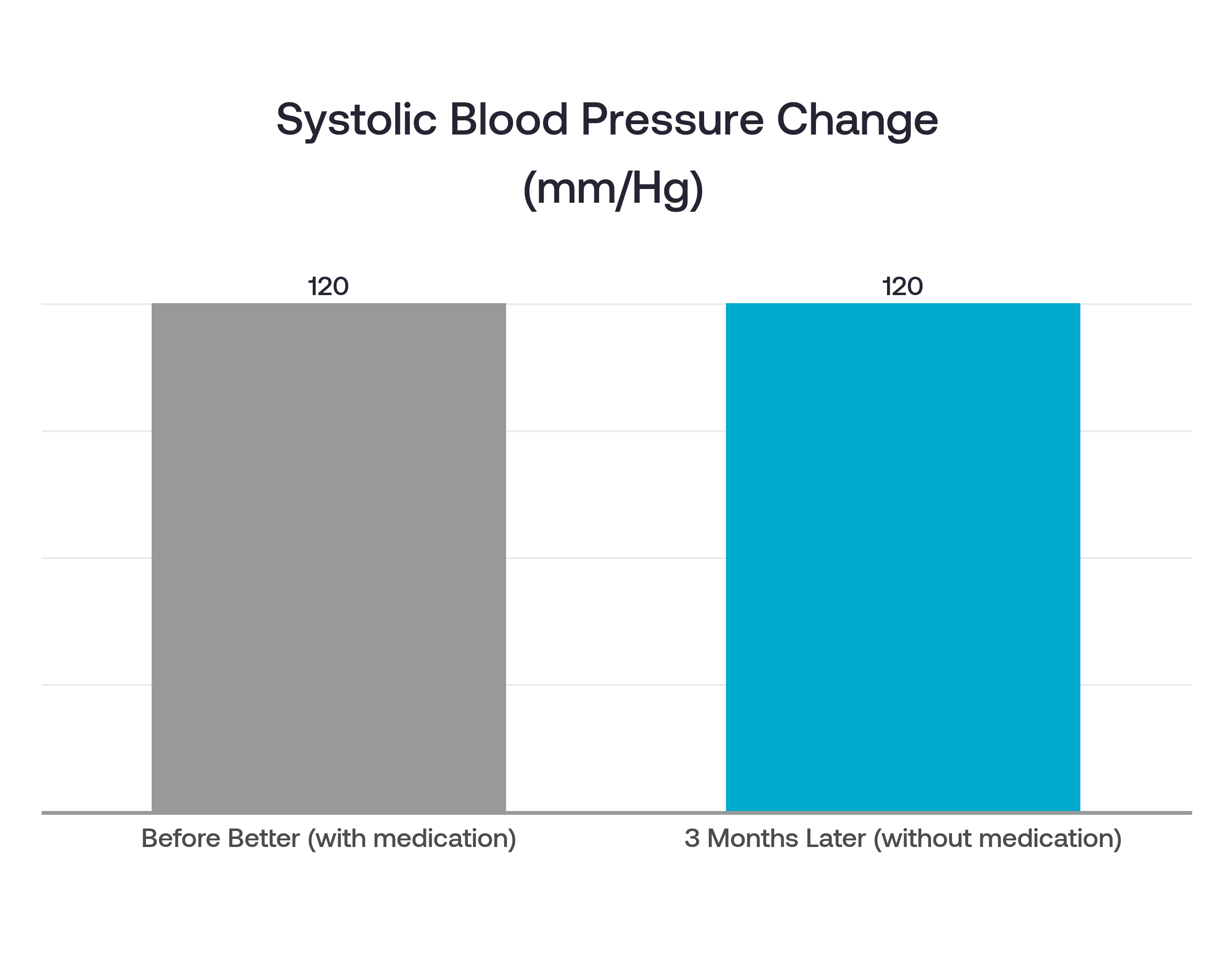 “I’m so happy that I found this and I’m proud I stuck it out. I tell people: Try this. It works!”

“I feel like I have more control over my life in general, not just my health. That’s something you can’t put a price on.”