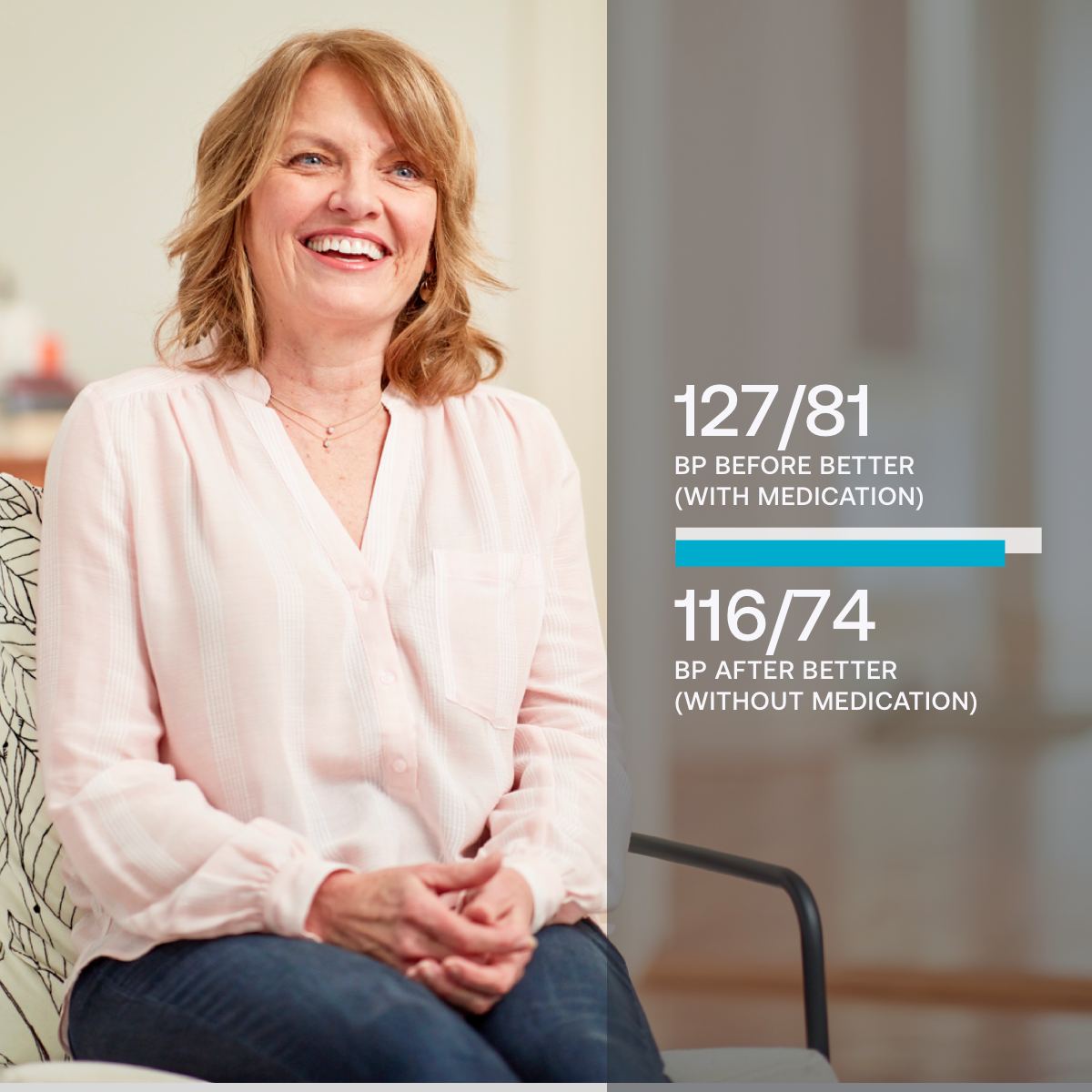 In 2002, Megen was diagnosed with hypertension and her doctor prescribed medication. In 2017, high cholesterol and prediabetes were added to the list. Concerned by worsening health and medication side effects, she tried to shift to a whole foods, plant-based diet but found it difficult to stay motivated. She started Better in May 2018 to address these cardiometabolic diseases and get off of medication.

Megen has a family history of cardiometabolic diseases. Her father has advanced heart disease, requiring 6 bypassess (open-heart surgery) and 4 stents (angioplasty). Her mother has type 2 diabetes, high blood pressure and high cholesterol. Watching both parents struggle with their health, Megen had a strong desire to take a different approach.

"I’m on the right track, let’s keep this going!” 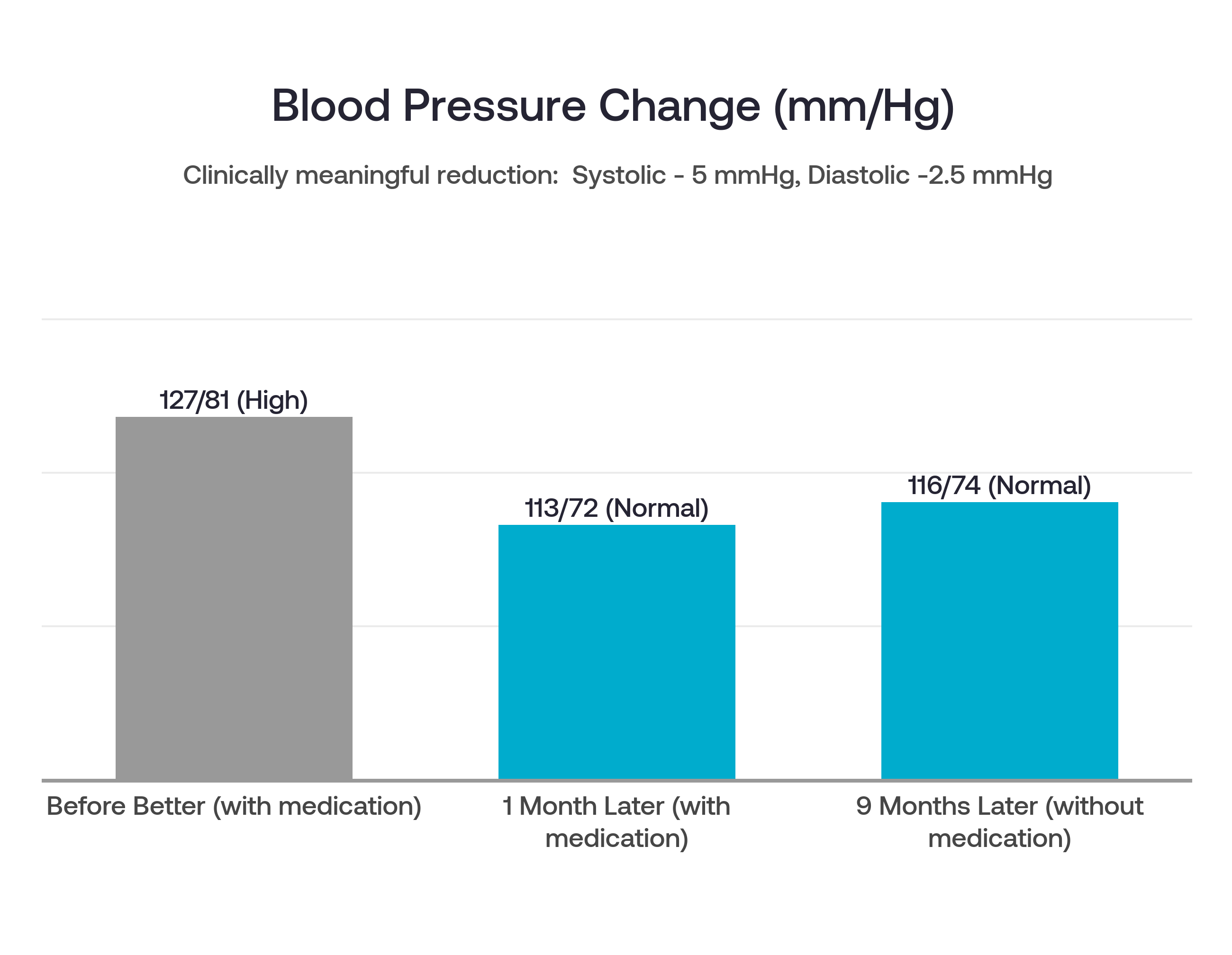 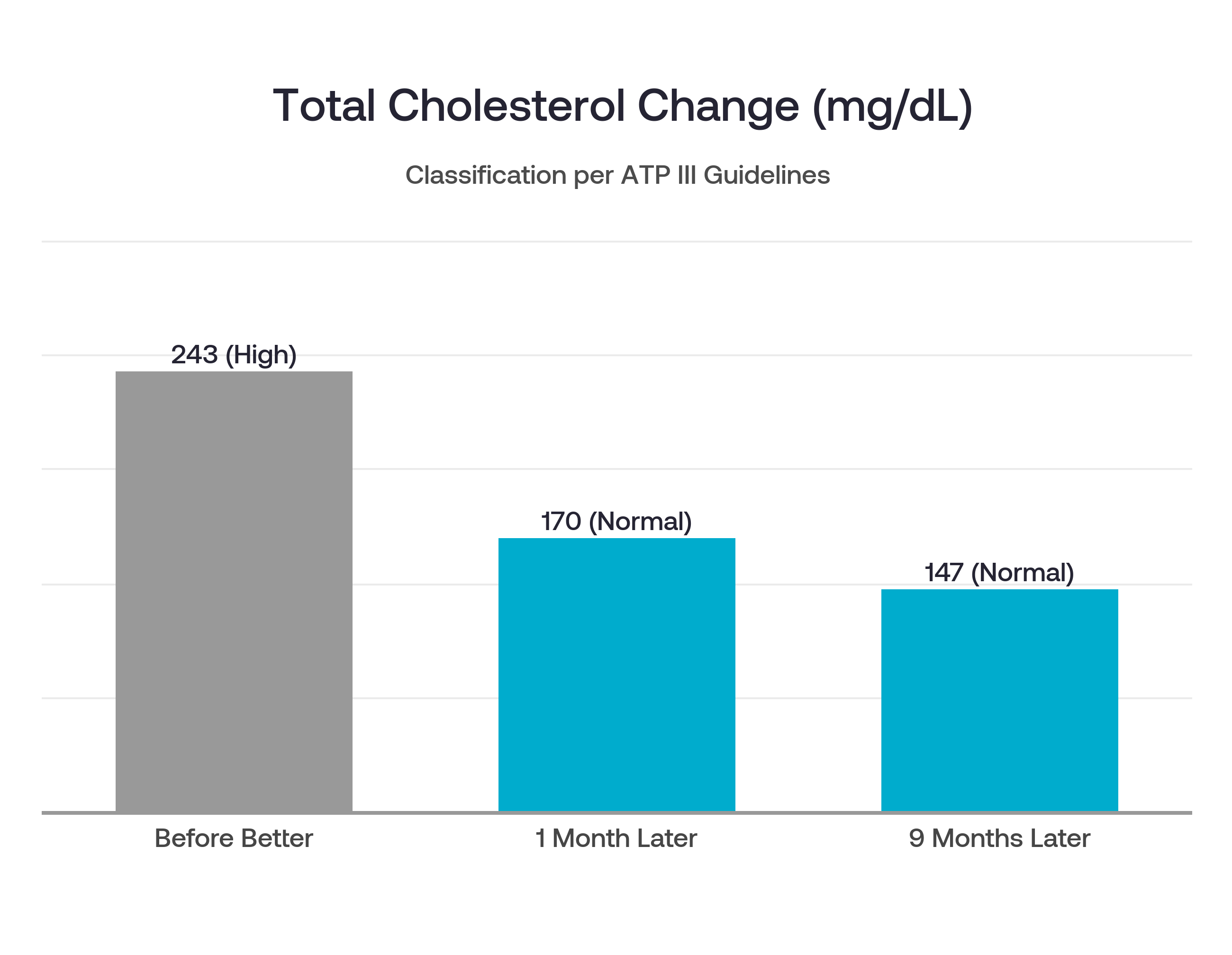 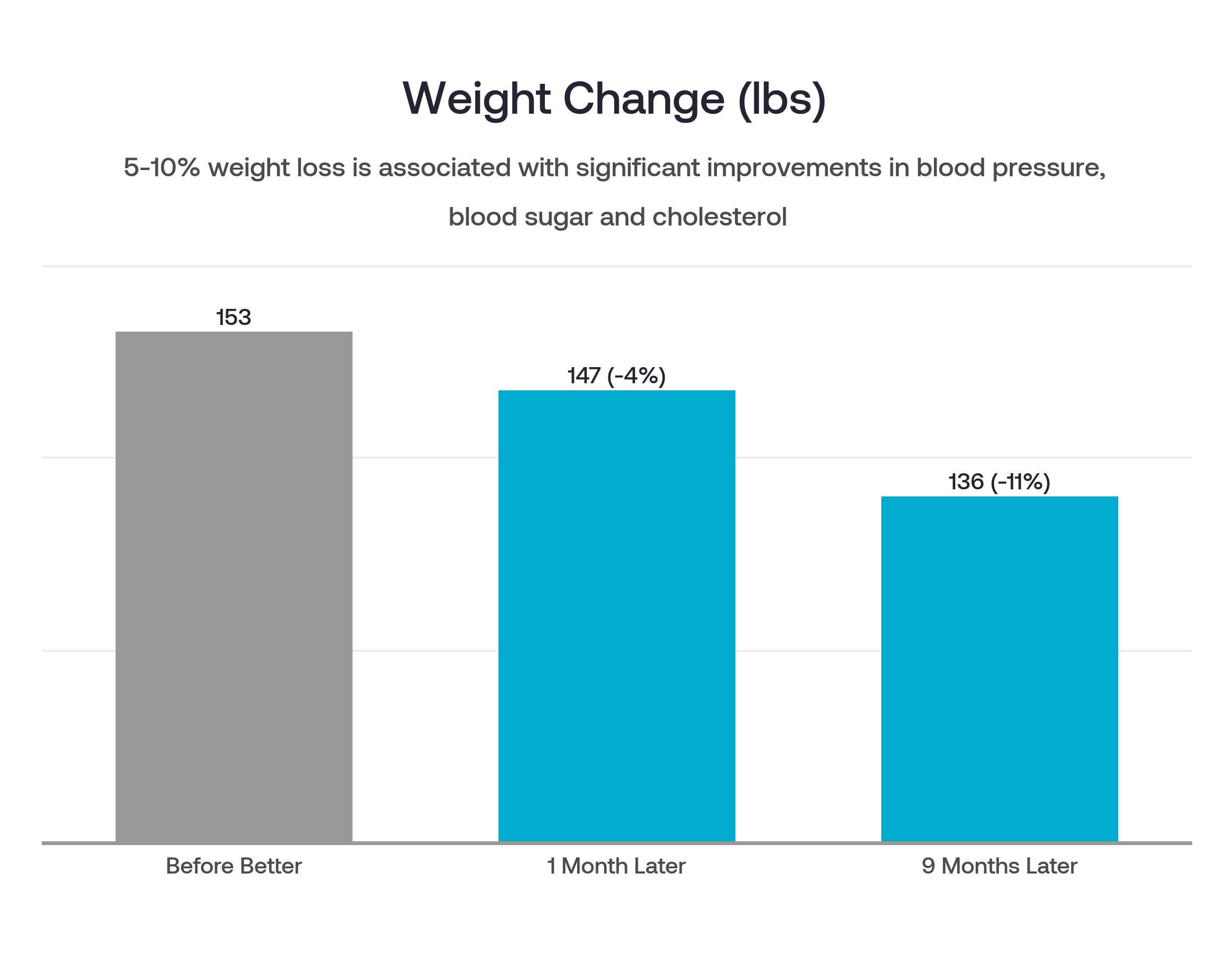 “This program has been totally life changing.”